China, the WTO and the trade conflict 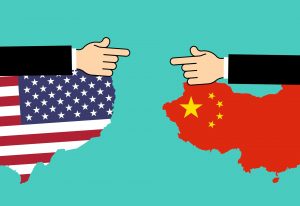 g the WTO in 2001, China has progressively implemented most of the accession requirements agreed. The Chinese economy has benefited greatly from WTO membership, with average annual economic growth of 10.7% between 2002 and 2011. Although China was granted market economy status by the end of 2016, which would bring various privileges within the WTO, the EU and the US have so far refused to recognise the status, as the economic system is still a long way from a true market economy due to the strong involvement of the state in the economy. China has already been accused more than 40 times in anti-dumping proceedings and for lack of protection of intellectual property before the WTO arbitration body – this would no longer be as simple after recognition as a market economy. So far, only the USA and the EU have received more complaints. China is also actively involved in the WTO. At the beginning of 2018, for example, the US punitive tariffs on Chinese products were discussed before the conciliation body.

On 13 May 2019, the People’s Republic of China submitted a reform proposal to the WTO. This proposal is based on a position paper published by China in November 2018. The current proposal sets out necessary reforms that are essential “to overcome the current crisis, to respond to the needs of our time, to protect the multilateral trading system and to promote the development of an open world economy”. China is focusing on four areas where reforms are needed:

The request for reforms is in line with the current trade conflict between China and the USA. The US is not explicitly mentioned in the paper. However, in the first area of reform there is talk of a “certain member” who, with reference to national security and without complying with the corresponding rules, has established trade restrictions, levied customs duties and extended “secondary sanctions” to foreign business activities. This was all done without United Nations approval and without a legal basis under international treaties. China wishes to be able to take immediate and effective remedial action in such a case.

In view of current developments and the restrictions imposed by the USA on the Chinese company Huawei, the implementation of such reforms is becoming even more urgent for China. However, in order to resolve the trade dispute through the WTO’s conciliation body, it would need to continue to be staffed. Due to a US blockade, current developments indicate that from December 2019 onwards only one active member will have a seat on the revision body. In China’s view, there is an urgent need to fill this position in order to guarantee the WTO’s ability to act.

Of interest in this context are Article 21 of the General Agreement on Tariffs and Trade (GATT) and Article 40 of the Chinese Foreign Investment Law.

Article 21 of the GATT provides that in times of “emergency in international relations” measures may be taken to protect the “essential security interests” of a country. From this point of view, the start of the trade conflict could be justified by the USA and the corresponding retaliatory measures could be justified by China.

The Foreign Investment Law, which was adopted in March 2019 and will enter into force on 1 January 2020, contains provisions on trade policy measures in Art. 40. Discriminatory bans, restrictions and similar measures against China can be compensated accordingly. In the case of discrimination against Huawei, it remains to be seen which measures will be taken by US companies based in China.